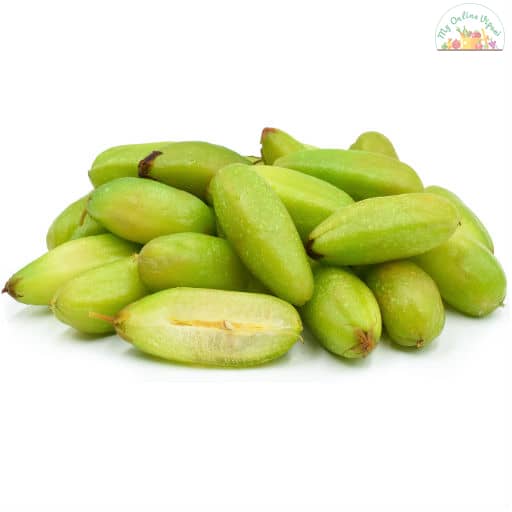 Appearance:The fruit is very crunchy when unripe and it turns from bright-green to yellowish-green, when it is ripe. Once it got ripe it falls on the ground. The outer skin is shiny, very thin and gentle, and the flesh will be greenish-white in color which will be very juicy and extremely sour. It has a few flattened seeds which is brown in color.

Prev Next
All search results